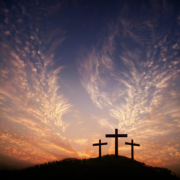 On Easter Sunday 2020, church buildings and chapels around the world were empty.

Like many of you, the residents of Menno Place celebrated the death, burial, and resurrection of Jesus Christ in their own rooms and apartments. Though we could not be together physically, we worshipped Him in one spirit.

This Easter, our service was led by John Dyck (one of three chaplains at Menno Place), and live streamed on all Menno Place televisions. We’d like to share this service with you, and pray you would be blessed by it. You may watch the video (the service begins at the 5 minute mark) or read the sermon notes below.

As one of our residents in the Terrace West apartments shared, “The pews and chairs were empty on Easter Sunday…but the most wonderful thing is, the Tomb was Empty!”

I greet you this morning in the name our risen Lord.

Together with Christians all over the world, from every denomination, from every tribe and tongue and people and nation, we gather to celebrate Easter.

Rick Warren says: “This is an unprecedented time in our history. Because of the coronavirus, churches will not have anyone in their buildings on Easter Sunday. Yet, our all-knowing, all-powerful God can draw us together emotionally and spiritually so that we can still worship him with one heart and one voice. The Bible says, “Then we’ll be a choir—not our voices only, but our very lives singing in harmony in a stunning anthem to the God and Father of our Master Jesus!” (Romans 15:6 The Message). This pandemic cannot stop the church from celebrating the death, burial, and resurrection of Jesus. Easter is the story of the greatest rescue mission in history. God came to earth in the form of Jesus Christ to rescue all of humanity. Because of the cross and because of the resurrection of Jesus Christ, we have the hope of eternal life in heaven. That’s Good News!”

1 After the Sabbath, at dawn on the first day of the week, Mary Magdalene and the other Mary went to look at the tomb.

2 There was a violent earthquake, for an angel of the Lord came down from heaven and, going to the tomb, rolled back the stone and sat on it. 3 His appearance was like lightning, and his clothes were white as snow. 4 The guards were so afraid of him that they shook and became like dead men.

5 The angel said to the women, “Do not be afraid, for I know that you are looking for Jesus, who was crucified. 6 He is not here; he has risen, just as he said. Come and see the place where he lay. 7 Then go quickly and tell his disciples: ‘He has risen from the dead and is going ahead of you into Galilee. There you will see him.’ Now I have told you.”

Song – Low in the Grave He Lay

1 When the Sabbath was over, Mary Magdalene, Mary the mother of James, and Salome bought spices so that they might go to anoint Jesus’ body. 2 Very early on the first day of the week, just after sunrise, they were on their way to the tomb 3 and they asked each other, “Who will roll the stone away from the entrance of the tomb?”

4 But when they looked up, they saw that the stone, which was very large, had been rolled away. 5 As they entered the tomb, they saw a young man dressed in a white robe sitting on the right side, and they were alarmed.

6 “Don’t be alarmed,” he said. “You are looking for Jesus the Nazarene, who was crucified. He has risen! He is not here. See the place where they laid him. 7 But go, tell his disciples and Peter, ‘He is going ahead of you into Galilee. There you will see him, just as he told you.’”

Song – I Know That My Redeemer Liveth

On the first day of the week, very early in the morning, the women took the spices they had prepared and went to the tomb. 2 They found the stone rolled away from the tomb, 3 but when they entered, they did not find the body of the Lord Jesus. 4 While they were wondering about this, suddenly two men in clothes that gleamed like lightning stood beside them. 5 In their fright the women bowed down with their faces to the ground, but the men said to them, “Why do you look for the living among the dead? 6 He is not here; he has risen! Remember how he told you, while he was still with you in Galilee: 7 ‘The Son of Man must be delivered over to the hands of sinners, be crucified and on the third day be raised again.’ ” 8 Then they remembered his words.

Song – I Serve a Risen Savior

“Lord,” Martha said to Jesus, “if you had been here, my brother would not have died. 22 But I know that even now God will give you whatever you ask.”

23 Jesus said to her, “Your brother will rise again.”

24 Martha answered, “I know he will rise again in the resurrection at the last day.”

25 Jesus said to her “I am the resurrection and the life. The one who believes in me will live, even though they die; 26 and whoever lives by believing in me will never die.

43 Jesus called in a loud voice, “Lazarus, come out!” 44 The dead man came out, his hands and feet wrapped with strips of linen, and a cloth around his face. Jesus said to them, “Take off the grave clothes and let him go.”

Jesus is the resurrection because he has the power over life and death – as he raised Lazarus from death.

Jesus is the resurrection because he conquered death, and rose again.

“Do not be afraid. I am the First and the Last. 18 I am the Living One; I was dead, and now look, I am alive for ever and ever! And I hold the keys of death and Hades.”

Lazarus was raised up, but he died again, as we all will. Yet, he lives forever with Christ, who raised him up again, in glory.

How often have you been sick, and recovered?

How often has your life been spared? Each day is a gift from God. But one day we will die. But if Jesus Christ is our hope, then we too will be resurrected. And we will be home with Jesus. As he rose from the dead, so too shall we.

How many of your loved ones have died? How many are waiting for you in glory?

Jesus is our resurrection, our life. He is our hope, in life and in death.

Christ’s death brings us deliverance from sin and guilt and shame and condemnation.

When the perishable has been clothed with the imperishable, and the mortal with immortality, then the saying that is written will come true:

“Death has been swallowed up in victory.”

“Where, O death, is your victory?

Where, O death, is your sting?”

The sting of death is sin, and the power of sin is the law. But thanks be to God, who gives us the victory through our Lord Jesus Christ.

We no longer fear death, for Jesus conquered death and the grave.

As he lives, so too shall we.

“Do not let your hearts be troubled. You believe in God; believe also in me. 2 My Father’s house has many rooms; if that were not so, would I have told you that I am going there to prepare a place for you? 3 And if I go and prepare a place for you, I will come back and take you to be with me that you also may be where I am.

“No eye has seen, No ear has heard, No human mind has conceived” – the things God has prepared for those who love him.”

We can only imagine.

Then I saw “a new heaven and a new earth,” for the first heaven and the first earth had passed away, and there was no longer any sea. 2 I saw the Holy City, the new Jerusalem, coming down out of heaven from God, prepared as a bride beautifully dressed for her husband. 3 And I heard a loud voice from the throne saying, “Look! God’s dwelling place is now among the people, and he will dwell with them. They will be his people, and God himself will be with them and be their God. 4 ‘He will wipe every tear from their eyes. There will be no more death or mourning or crying or pain, for the old order of things has passed away.” 5 He who was seated on the throne said, “I am making everything new!”

As Christ rose from the dead, so too shall we.

Now may the God of peace, who through the blood of the eternal covenant brought back from the dead our Lord Jesus, that great Shepherd of the sheep, 21 equip you with everything good for doing his will, and may he work in us what is pleasing to him, through Jesus Christ, to whom be glory for ever and ever. Amen.

Christ is risen! He is risen indeed! Amen! 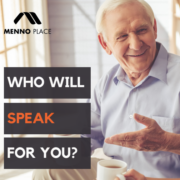 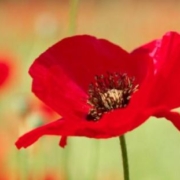 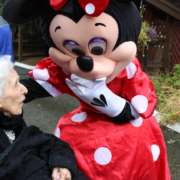 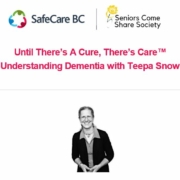 We honor and dignify all who live, work or visit our community

We demonstrate our commitment to the sanctity of life through exceptional,, holistic palliative care until natural death

We open ourselves to creative ideas through colleagues, partners and God’s leading

We extend God’s care through kindness, empathy and graciousness

We devote ourselves to instructing and building up one another by recognizing and celebrating excellence, effort and success